Oh, The Jobs That Get Killed, Part One 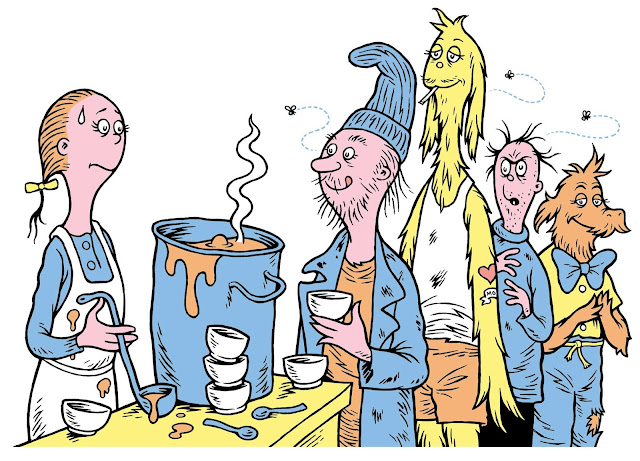 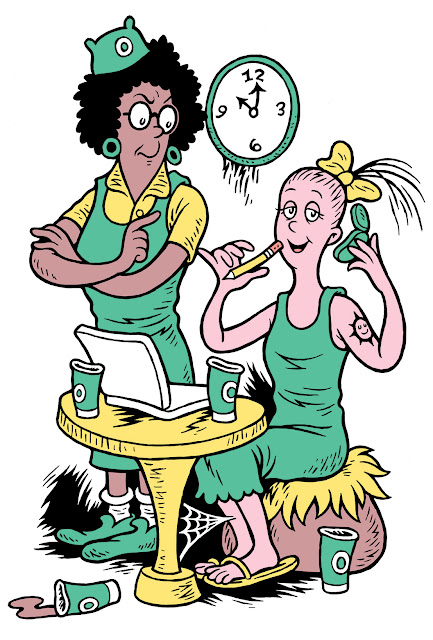 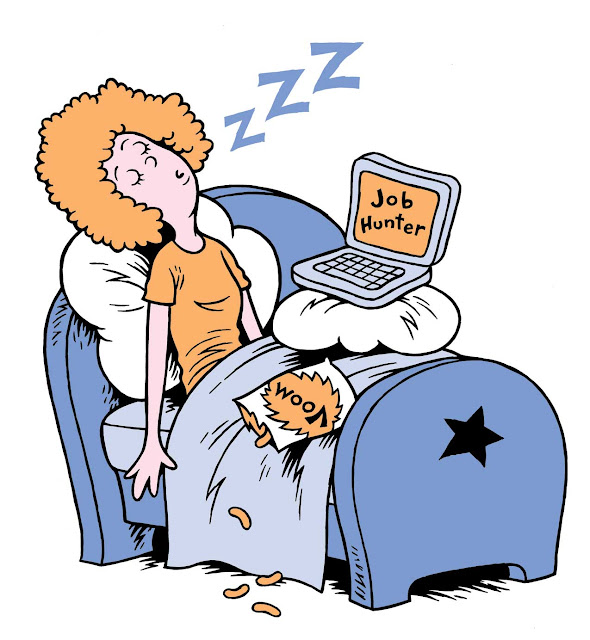 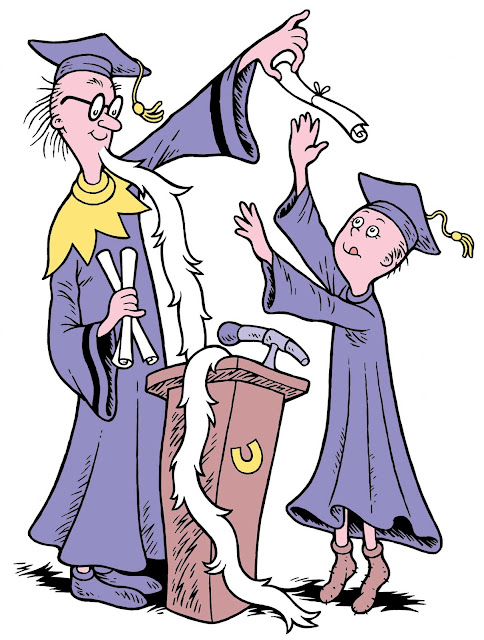 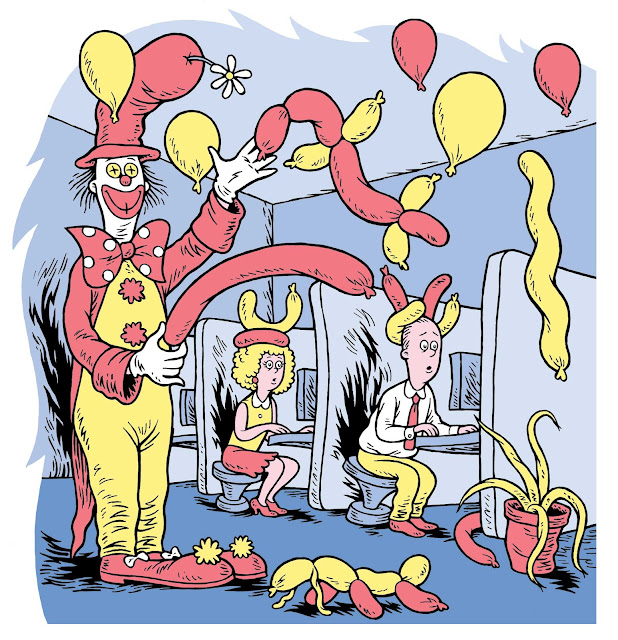 I spent the Summer of 2011 working on a heap of illos for a satirical book project about how terrible job prospects are for recent grads in this shitty economy. The publisher, (who for their own protection will go unnamed here) had the tragically brilliant idea of massaging the written text into the format of a Dr Seuss book, and I was tapped to provide the illustrations.
This assignment was a bit of a stretch for me, not only because I’m not the illustration world’s most adept style mimic, (R. Sikoryak comes to mind), but also because Dr Seuss’ wildly loose approach to drawing is pretty much the polar opposite of my own unforgivingly precise, tight-assed style. Nevertheless, I’m a big Seuss fan, and I welcome the occasional modest challenge, so I dove into a stack of Seuss books and got to work.
A few months into the project, (after I’d turned in about half of the book’s 80 or so illos) the publisher sent promo materials for the book  out to retailers. Apparently, some wicked, Grinch-like person felt compelled to pass these materials along to attorneys who work for the Ted Geisel estate, at which point this flock of legal carrion birds descended on my publisher much as the Onceler clan does on a newly-discovered forest of virgin Truffula trees.
Okay, enough of the Seuss metaphors. Suffice to say that my publisher was hit with a Cease & Desist letter, and the project was killed, in spite of our well-established First Amendment right to commit parody.
Sometimes it’s actually a relief when jobs get killed, but more often it comes as a bit of a heartbreak, (at least in my experience), and this episode definitely falls into the second category. In spite of the generous kill fee I was paid, I was disappointed that these drawings would never be seen. Now that some time has passed, I’ve picked twelve of my favorites, which I’ll post in two batches. I hope you like them!
Posted by Unknown at 3:03 PM